THE MOUTH OF THE GIFTED HORSE 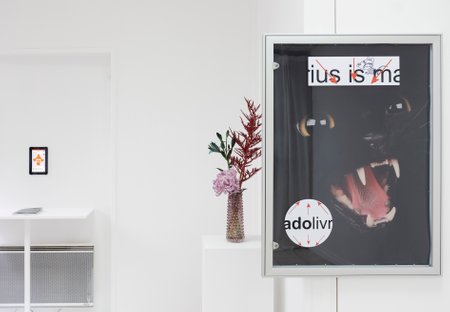 “The myth of Prometheus and Epimetheus, according to Plato’s ‘Protagoras’, tells that the Titan brothers were sent by the gods to Earth with a bag full of gifts and skills to give specific characteristics to all living beings on the planet. Their aim being that all animals could live together harmoniously. Epimetheus convinced his brother to perform the task by himself. According to the myth, he gave, for example, claws and sharp teeth to some, fast legs or hard hooves to others. Thus, some compensation would have been established in the relationship between these agents, defining who would become predator and prey. After distributing everything he had at his disposal, his bag emptied, Epimetheus realized that he had forgotten about the human-animal, leaving them naked and barefoot. No wings, no sharp teeth, no fast legs, no thick hair, nor the ability to breathe underwater. Prometheus, upon realizing his brother’s mistake, stole the fire and wisdom of the gods and granted mankind the ability to dominate them, without, however, incorporating them into their biological bodies.”1

In ‘The Mouth of The Gifted Horse’, Wisrah Villefort presents a series of new works conceived during confinement in Sao Paolo specifically for the physical space at Goswell Road, inviting the viewer in to circumnavigate. All of the works address domesticity and violence in inter-species relationships.  Confronting us with the aporia of killing well, and the imperative of the ‘God trick’. Villefort explores the link between killing animals and human fortune spotlighting the economies of death: those that determine whose lives and deaths come to matter and why.

“We become animal so that the animal also becomes something else. The agony of a rat or the slaughter of a calf remains present in thought not through pity but as the zone of exchange between man and animal in which something of one passes into the other.” 2

Villefort’s overarching research focuses on the nonhuman, digital matter, synthetic polymers, prosthetics and their markets. The ongoing hypermedia work Mercado Livre, begun in 2017, is dependent on the viewer performing online, accessing the platform via Instagram. The publication that accompanies the exhibition dissects Mercado Livre through the eyes of the show, focussing on inter-species relationships and non-human prosthetics.

1 ‘Notes on Masks, Gloves and Muzzles: Beyond the Fault of Epimetheus’ by Wisrah Villefort. The notes were written during his participation in the Pivô Research artist-in-residence program.

Wisrah Villefort (b.1989, Buritizeiro) Lives and works in São Paulo, Brazil. ‘The Mouth of the Gifted Horse’ is his first solo show, and the accompanying book is the first publication dedicated to his work.

The hypermedia work, Mercado Livre (2017 - ongoing), which is generated by Villefort using collected images from online marketplaces based in the Global South, outside of the West, including AliExpress (China) and Mercado Livre (Argentina) for its content. Mercado Livre, besides being the title of the work and the online platform, is also the term for the neoliberal principle of the “free market”, in which goods’ prices supposedly regulate themselves. Mercado Livre also serves as a lexicon and a repository for Villefort, which he uses to inform his other works.