Goswell Road in the Loge Gardien 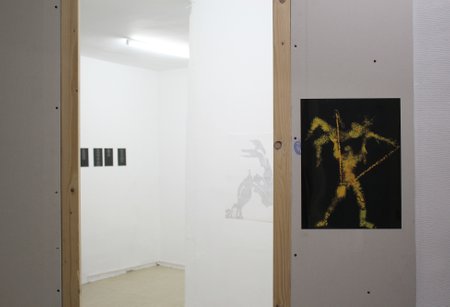 It is the fictional 'co-presentness' of the contemporary that distinguishes it from the more structural and dynamic category of modernity, the inherently self-surpassing character of which identifies it with a permanent transitoriness, familiar in the critical literature since Baudelaire. In this respect, the contemporary involves a kind of internal retreat of the modern to the present. If the primary value of the modern is 'the new', in its distinction from 'the old' (which it produces), the primary value of the contemporary is its actuality, in distinction from the fading existential hold of what is still present but 'out-of-date' - that is, no longer articulating living relations between a multiplicity of spatially distributed standpoints. If modernity projects a present of permanent transition, the contemporary fixes or enfolds such transitoriness within the actuality of spatially distributed conjunctures, or at its broadest, the envelopes of lives.

Extract from The Postconceptual Condition by Peter Osborne, Verso Books 2017

Body and Commodity is a two person show. No Bra is an industrial band formed in the UK in 2003, and is currently based in NYC. Rckay is an artist handling the themes of sexuality, the body, heroism and villainy, good versus evil, economies of all types, Post and Trans humanism and World Building. He is based in London.

Goswell Road will launch a split publication at the opening: featuring a series of photographs taken by No Bra in 1992 on one side, and all of the digital drawing works in Rckay's new 'Blue Mars' series on the other.